Vanderbilt Stadium at Dudley Field is a football stadium located in Nashville, Tennessee.

Completed in 1922 as the first stadium in the South to be used exclusively for college football, it is the home of the Vanderbilt University football team. 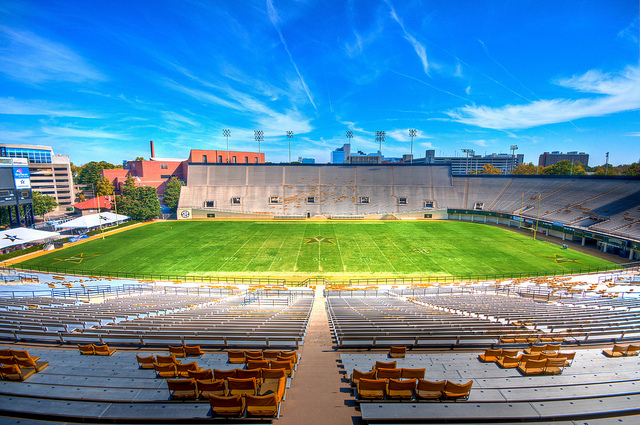 Vanderbilt Stadium was originally constructed as Dudley Field in 1922, seating 20,000. Over the years, capacity was raised to 34,000 with the addition of the south stands, completing the horseshoe, and north end zone bleacher stands.

Members of the SEC